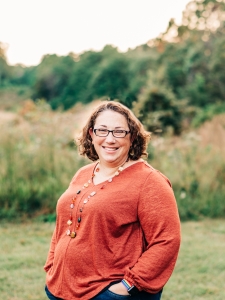 Before joining The Compass Group, Kelly Rollison served as the senior director of advancement services for the United States Naval Academy Foundation in Annapolis, Maryland. As an integral team member, Kelly helped the Foundation raise over $530 million in its most recent fundraising campaign. During her tenure, she developed a robust prospect identification tracking system and pipeline for annual, major, principal, and planned giving prospects; spearheaded new prospect modeling and data analytics programs; and established a comprehensive donor relations and stewardship program. Thanks to her operations acumen, Kelly also led a complex database conversion, streamlined processes in gift and records management, and created a comprehensive set of metrics and key indicators to track all facets of fundraising performance.

Prior to her role with the Naval Academy Foundation, Kelly served as the director of individual giving and development chief of staff at the Land Trust Alliance in Washington, DC. Her responsibilities included driving growth in all areas of the individual giving program through strategy and execution of plans for cultivation, gift solicitation, and stewardship. Kelly also assisted with Board relations and the development and launch of the Alliance’s first-ever $35 million capital campaign.

Kelly’s resume also includes the American Alliance of Museums where she helped build the infrastructure for their development team and managed the feasibility study for the Alliance’s first campaign; the development office of American University’s Washington College of Law; and the George Mason Regent’s Fellowship at Gunston Hall Plantation. Kelly recently completed a four-year term on the Naval Academy Primary School’s Board of Trustees, where she served as Vice Chairman. She currently serves on the Hammond-Harwood House Museum’s Board of Trustees in Annapolis, Maryland.